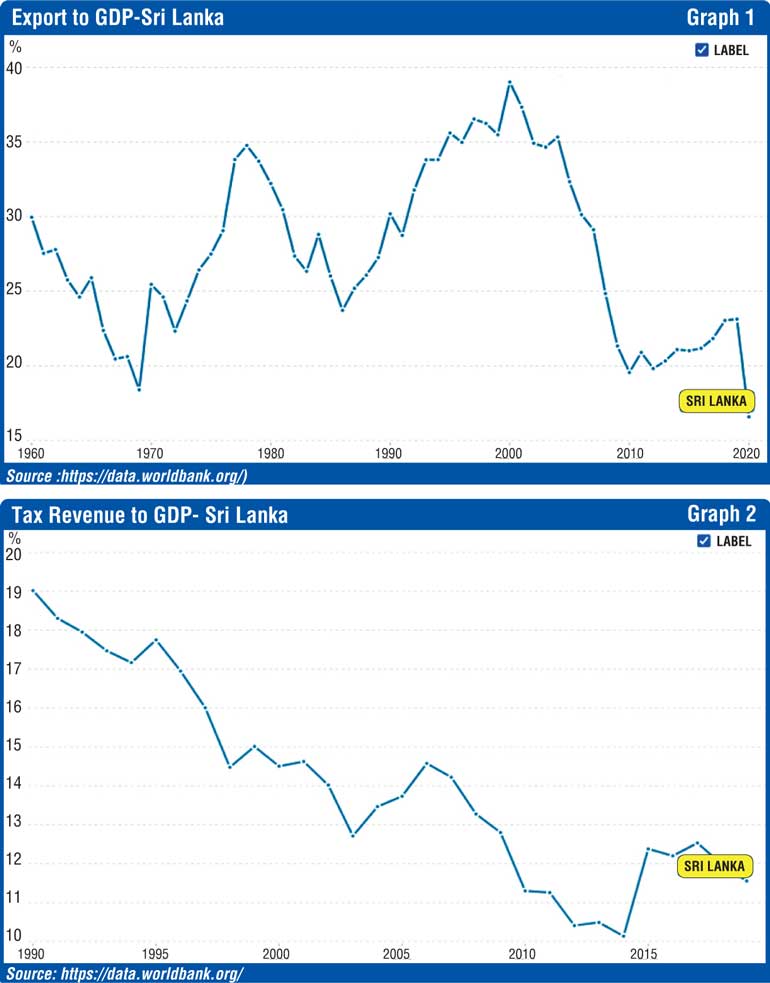 The author is engaged in a project to develop the financial literacy and business acumen of small and medium enterprises (SMEs) in Sri Lanka with the assistance of the Institute of Chartered Accountants of Sri Lanka.

(CA Sri Lanka). Although CA Sri Lanka, which is the authority responsible for setting accounting and auditing standards in the country, has introduced two sets of standards, one for SMEs and the other for micro level entities in more than its common standard, it is the experience of the author that most of these SMEs do not prepare basic financial statements at least so that they know the situation of their businesses, let alone follow these accounting standards. This is a brake on their development.

Sri Lanka’s gross domestic product (GDP) is $80 billion. Walmart’s revenue is $560 billion. The turnover of HSBC Holdings which is ranked 102 in the index and which has a branch in Sri Lanka is also 80 billion dollars. The GDP of the United States is around $20 trillion and Sri Lanka’s ranking is around 70 among other countries. Therefore, Sri Lanka is an SME among global economies. The country inherits financial discipline from its SMEs.

It was a preface to provide a critique of the policy statement of the so-called 11 constituent parties of government who plan to move away from the ranks of government. They identify the current economic crisis by the scarcity of foreign exchange for imports, the decline in government revenue, the collapse of the national food production system, the collapse of national industries and, as a result of this situation, the possibility of creating political unrest. in the country by the enemies of the country.

The open economy is identified as follows in their statement.

“We must accept that we cannot find the solutions to this crisis without acknowledging the fact that the regressive reforms introduced after 1977 in the name of the open economy pushed the nation into this crisis. This economic model based on foreign borrowing and focused on urban construction and trade has endangered the country’s economic security and the living standards of low-income strata while totally disintegrating the country’s production system. Within this economic model, the disparity in the country’s income distribution widened and, in the short term, some deceptive superficial decorations were visible. It is important to understand that we are living in a severe depression of this so-called development model. (The translation was made by the author)

It is a bad interpretation. The closed economy that prevailed before 1977 was rejected by the people. The current situation is also a closed environment. Many countries have followed open economic policies for their development. For example, Vietnam records exports of 106% of GDP and imports of 103% of GDP. It is a trade-based economy.

The origin of the current economic problem is the former regime of Mahinda Rajapaksa to which all these parties contributed. Attractive economic growth has been achieved mainly based on construction supported by high interest rate loans. The costs of these projects were high and, as usual, the hands of the authorities were greased. A considerable part of these constructions have not given adequate returns in relation to the capital invested. Under such circumstances, any business would face bankruptcy. Therefore, the growth rate was misleading in substance. The growth rate of a country like ours should be based on exports. Exporters received mother-in-law treatment during this period. The economic experts of this government (the current Governor of the Central Bank was one of them) paid no attention to exports. In 2004, exports to GDP was 35% and it fell to 21% in 2014. This is explained in Chart 1 Export to GDP-Sri Lanka.

On top of that, considering that the government’s public finance tax revenue to GDP had been declining for a long time. This is explained in Figure 2 Tax Revenue to GDP – Sri Lanka.

This statement does not address high government spending that leads to budget deficits, one of the causes of the current economic crisis. Successive governments over a period recorded high budget deficits. The inefficiency of public services is one of the main reasons for high public spending. There is no future for the country without a restructuring of the civil service.

Governments run public enterprises inefficiently, which has contributed to the problem. These are maintained in order to provide job opportunities for the cronies of the governments and to maintain the power of the politicians who are responsible for these entities. The unions of these entities also behave only according to their own interest. These institutes should be privatized in a regulated manner or converted into public-private enterprises. In the past, privatization was also done to help the cronies of governments. The country cannot sustain a large number of passengers over a long period.

It is true that the comment in this statement that the standard of living of the lower strata of society is declining. The disparity in the country’s income distribution has widened over the years. This can be addressed to some extent by increasing direct taxes and reducing indirect taxes, as suggested in the statement. Thus, the benefits of economic growth can be brought to the masses.

Subsidies are given to needy people as well as to wealthy people. The state bears unnecessary costs in this respect.

It is recommended not to rely solely on foreign investors, but concessions should also be granted to local investors. Its good. It should be noted that one of the reasons why the country does not attract foreign investors is that politicians and bureaucracy are ready to exploit them. There should be a methodology to eliminate this. Investors don’t want to come to a country that doesn’t have the rule of law.

Education reforms must be made in order to facilitate job opportunities in high-tech industries. The current closed education model should be open. The political bloc that represents the politicians who made these proposals does not allow this to happen.

This statement proposed that the banking system pay an attractive additional price in competition with the black market to buy the foreign currencies of expatriate workers in order to increase the quantum of remittances.

Therefore, they intend to pursue price controls in the forex market. The Central Bank deviated from its policy on March 7, 2022 and increased the USD exchange rate to Rs. 230. The next day it rose to Rs. 260. This is happening since this price control cannot be maintained. It is the same that imposes price controls on sugar as well as on currencies.

It is proposed to abolish the recent import tariff concessions granted to importers of sugar, coconut oil, wheat flour, milk powder, etc., and to introduce price formulas and thus make justice for local consumers and producers. A new import tariff structure will be introduced.

This combines price controls with import substitution. Import substitution can be used for a short time to break the current stalemate. This would not be beneficial in the long run since government cover could be used to produce shoddy goods and continue to be inefficient, like government institutions. We experienced this during the period 1970-1977.

The best is export promotion since the whole world can be the export market while only Sri Lanka could be the import substitution market.

It was suggested to impose a minimum price for the purchase of paddy to make rice growing an attractive economic activity. These are very old suggestions and there is nothing new in them. Rice cultivation in the humid zone is not profitable as in the dry zone. The productivity of the agricultural sector in Sri Lanka is very low. In order to improve it, farmers should be directed to cash crops. By imposing a minimum price, consumers are forced to pay for their inefficiencies.

This statement is based on the wrong ideology of the old left in this country. The world got rid of this ideology and we are still fighting against it. Most of these suggestions are outdated. At this critical moment in the country’s history, political parties must be able to make radical proposals. There is no such vision for these political leaders. Unless they change policy, they are on the way to the political dustbin of history.

Agriculture and Agri-Food Minister Marie-Claude Bibeau encouraged Canadians to take the time to reflect on mental health and to continue this conversation throughout the year. In a statement on Bell Let’s Talk Day, Bibeau said, “Producers across Canada are working tirelessly to ensure that we and our families can have food on our tables. Despite […]

There are eight weeks left before the end of the year. They will be busy. This week, the statistical service is expected to release new data on inflation1. Less than a week later, the Minister of Finance must present the 2023 budget. His sixth and perhaps the most significant. At least it was planned… According […]

The decision, which was well received by students, was expanded to include Fall 2024 applicants. Fordham’s Undergraduate Admissions Office announced Sept. 12 that it would expand the optional testing policy to include prospective students applying for the fall 2024 admissions cycle. The university initially implemented the change alongside many other colleges in May 2020 due […]