“Our world is in great trouble.”

When United Nations Secretary General António Guterres open a speech with this line and continues to involve fiscal policy, we take note. His words shouldn’t be read without at least some scrutiny. So, what problems does it point to and what are its solutions?

You can probably guess one of the issues—it’s climate change. The other is rising food and energy prices. The “solutions” are little more than slaps on the wrist for the world’s most prolific polluters, but otherwise allow business as usual.

As noted, broadly there are two: the climate crisis and rising food and energy prices. You could say these are three problems, but the causal arrows between energy and food costs suggest that the latter is a symptom of the former.

It seems almost a truism that extreme weather events are on the rise, but lest you think they’re just being reported more, they’re indeed increasing on a large scale all over the world. World food prices have recently dipped some of their previous highs but remain higher from one year to the next. The fuel price indices are six times that of 2016.

A windfall tax is a one-time excise tax on a part of the economy that has recorded a windfall gain. The term “bonus” is generally believed to include an idea that the sector did nothing to gain the increased gain, but was caused by some external factor such as war, famine, pestilence, pestilence or Putin. In the United States, the best-known example of a windfall tax was imposed on oil producers by the Crude Oil Windfall Profit Tax Act of 1980. The external factor was the OPEC oil embargo.

This is where it gets a little risky. Guterres argues for an exceptional tax on fossil fuel companies. ExxonMobil Corp. and Chevron Corp. each posted their highest profits ever following the Russian invasion of Ukraine and, in the same breath, warned the world that global energy supplies were likely to remain expensive. In ordinary life this would seem retrograde – if profits go up, there is room for prices to go down. Or at the very least, a price hike would be a tough sell.

Antonio Guterres, Secretary General of the United Nations, speaks to reporters after a meeting with British Prime Minister Boris Johnson at the United Nations headquarters on September 20, 2021 in New York City.

The main tacit premise here (by ExxonMobil) is that much of the delta between costs and revenues can be explained by the massive externality that is pollution. It’s not profit, it’s theft on a global scale. Fossil fuel companies are like roofers, underbidding the competition while making lots of money, but dumping all the trash from my roof onto your lawn. It’s easy to corner a market when you don’t have to clean up the mess you leave behind. A windfall tax charges them a one-time nominal fee for using, and by all accounts continuing to use, the world as their trash can.

The problem with the solution

Take a smog taxi that drives around your neighborhood making everything look bad, for example. If the taxi made a windfall profit due to some external factor, of course, slap the driver with a windfall tax, but don’t tie this to smog. Linking the two together then suggests that society has been compensated for the pollution created and all that may follow. Moreover, when energy prices rise, so does clean energy. If the windfall tax is really aimed at a windfall profit for oil and gas producers, should clean energy producers also be taxed? (It was offersbut this idea is erroneous.)

A windfall tax – or any tax policy that is not designed to eliminate the use of fossil fuels – suggests that climate disasters, such as devastating floods in pakistan that have displaced millions of people, can somehow be negotiated and compensated. Tax policy in search of distributive justice must target and manage a fossil fuel phase-out, not serve as a one-time grab, however satisfying that may seem. Any policy that will include renewable or clean energy producers is counterproductive.

As for the share of fossil fuel company profits that comes from geopolitical upheaval, it’s as cyclical as the weather. To treat this as a one-time event that ExxonMobil could not have foreseen and caused them to stumble, Mr. Magoo-style, into a giant vat of cash is to ignore the realities of operating a multinational energy company. The problem isn’t that the fossil fuel companies are profiting from the war, it’s that they’re on the front lines waging a war on nature and giving all the indications they plan to continue the assault. 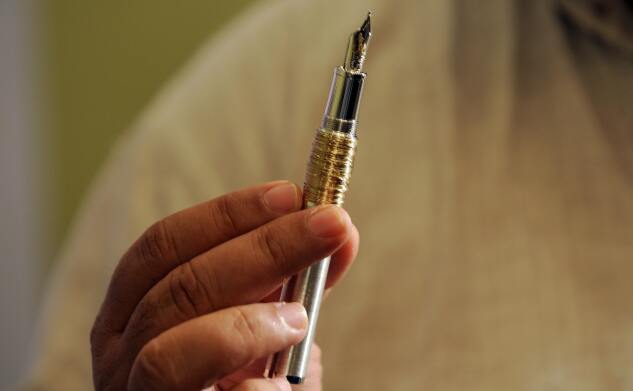 There is a concept in commercial banking known as “pen money,” or money created by a banker’s pen when approving a loan. You know how you were told that the way banks lend money is that they lend all deposits from their customers’ checking and savings accounts? But it’s the other way around. Money is created by loans, but that money only exists in a bank database somewhere. The same goes for proceeds from a windfall tax on fossil fuel companies.

Governments should not wait for these hypothetical windfall tax checks to throw all their weight behind renewable energy and (cleaner) transport such as electric vehicles; the revenues generated for the state are mostly symbolic. In addition, renewable energy producers are already enjoying higher profits due to higher energy prices and, rather than being subject to a large energy windfall tax, they should see new investments. ExxonMobil doesn’t need to be taxed on its windfall profits due to geopolitical unrest, because that’s part of its business. But renewable energy producers should also not be subject to a windfall tax when obsolete fossil fuel energy systems, combined with continued dependence on these fossil fuels, lead to a sharp increase in energy costs.

To consider alternatives, one must first abandon the idea that any windfall tax applied to the fossil fuel industry is going to help anyone displaced by climate change or harmed by rising food and fuel prices. The best thing is to fund renewable energy now, and do it as if our lives depend on it, because it does.

It’s a regular column by tax and technology lawyer Andrew Leahey, principal of Hunter Creek Consulting and sales suppression expert. Look for Leahey’s column on Bloomberg Tax and follow him on Twitter at @leahey

TOKYO – This year will be a year that will test Japan’s diplomatic courage, Prime Minister Fumio Kishida said in a political speech on Monday (January 17th), in a nod to the delicate balancing act he faces between the United States and China. Kishida’s speech at the start of the Diet’s regular session comes ahead […]

The recently launched social protection policy is a disappointment

By BIG Coalition of Namibia. The largest grain processing company, Namib Mills, confirmed an increase from April 25 in wheat flour, pasta, bread, rice, corn flour, instant porridge and sugar. This is happening alongside a tripling in the price of cooking oil and sharp increases in the price of gasoline, leading to further increases for […]