@AuManufacturing’s occasional editorial series on the real issues of the 2022 Federal Election continues today with a critical assessment of industry policy and the role of consultants to multinational corporations. Here, Lance Worrall and Glenn Downey examine the challenge of political advice

Whatever color ties and scarves (blue or red) form the majority of House of Reps members later this month, hopefully their wearers will quickly address Australia’s piecemeal and passive approach to industrial policy. .

This is essential to reverse the depletion of the Department of Industry’s internal advisory base.

Australian industry is engaged in a dynamic, long-term and multifaceted set of highly competitive global markets.

Even with the exception of one individual company, Australia’s overall position continues to decline using existing metrics – whether in economic complexity, innovation, entrepreneurship, digital competitiveness, marketing or business spending on R&D.

Or you could just your eyes as a traveler to other countries or just reading the world market press.

We are failing our future generations. Evil. The government has a key role to play in addressing these failings, but it has been MIA for twenty years.

That should come as no real surprise, because what passes for a national industrial strategy – a cohesive set of industrial sector policies – on where and how Australia should ‘play’ in these global markets, what capabilities we should develop and support , and ensuring we have the infrastructure, systems and resources to effectively execute the strategy – is nowhere to be found.

It hasn’t been obvious for a very long time.

Meanwhile, there have been squads of McKinsey and BCG, Big Four and other consultants proverbially flying in their very expensive helicopters to drop piles of (confidential) stone tablets to the Minister President.

And then, just as quickly, they fly off to let industry department management and staff run programs and initiatives that quickly lose context, have no continuity, and seemingly no results.

Was it strategy, execution or both that failed us? When responsibility is conveniently separated from accountability, good luck improving the system.

This continues to bring untold frustration to industry and those in the department who really want to make a substantial and positive difference in Australia.

Unnecessary cynicism begins to set in. How can we achieve better results when no one trusts the system, and most have given up on the legitimate role of government, and others just want to play with it?

Imagine, for a moment, that in each of the dynamic sectors in which our industries compete, the national sector strategy and its execution inform each other, and that the continuous capacity for synthesis, analysis and response is constantly at the scope of the ministry?

Imagine, for a moment, that some of the more than $100 million the department has spent in the last year alone on consulting reports, has instead been invested in its own capability enablement? Say, for example, by recruiting full-time teams of industry subject matter experts for each of the key critical industry areas where Australia needs close coverage.

The briefcase version is intended for teams of 3-4 true market sector experts in each of the 100 or even 50 industries, from semiconductors to water chemicals, pharmaceuticals to quantum, agriculture to technology. ‘AI, from blockchain to batteries, from alternative energy to autonomous systems, from education services to minerals, etc.

Fifty sectors doesn’t cover everything, but the consultants didn’t even cover a fifth for five times the cost.

And they left. The ministry’s permanent thematic teams would, on the other hand, be, well, permanent.

It’s not like it’s a completely unfamiliar concept in some parts of the public service. We have permanent defense experts within defence, each covering many different aspects of defence.

At the RBA, we have over 1,200 employees, many of whom are subject matter experts in just one subject, money.

Similarly, in agriculture, energy and education, there are subject matter experts.

But where is the industry development angle of each of these sectors represented within the industry portfolio itself?

If we look at countries like Taiwan or Singapore, their ITRI and EDB organizations respectively have continuously developed, supported and evolved the strategic-execution mix of their country’s industrial policies over long periods of time. Each country reaped huge benefits.

Instead of what are often just generic business support programs with the word “manufacturing” in their titles, developing in-house expertise could help us develop forward-looking policies based on an understanding of the sectors , as well as key points in their global value chains Australia needs to hit to maximize benefits and develop strong onshore industrial clusters.

It might even become interesting that some industry-government fusion occurs, with sabbaticals and mutual secondments.

But better be a little careful about it. In the national interest – that is, for all of us, and our children and our children’s children – we would not want the regulatory capture of the policy-making function by industry interests happen, right?

Is there no alternative to swerving from one expert helicopter tour to the next? 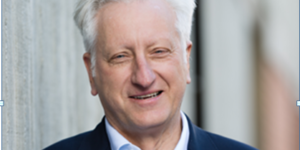 Glenn Downey is executive director of The Maltby Group based in NSW. Lance Worrall is an industrial development specialist based in South Australia.

The powers of India’s Telecommunications Regulatory Authority have been watered down in a telecommunications bill submitted for consultation by the Department of Telecommunications, according to a analysis by the Broadband India Forum. TRAI met with government officials to discuss this issue, and even, it seems, plans to approach the Prime Minister’s Office to present his […]

ZLEC: an effective competition policy is necessary to protect the internal market

Deputy Minister of Commerce and Industry, Herbert Krapa Deputy Minister of Trade and Industry Herbert Krapa reiterated the need for an effective competition policy to safeguard the achievements of the African Continental Free Trade Area (AfCFTA) and directly fuel the country’s industrial transformation . He noted that for the internal market to harness the benefits […]