A debate over fiscal strategy has featured prominently in the Conservative Party leadership race, with Foreign Secretary Liz Truss arguing for immediate tax cuts and former Chancellor Rishi Sunak arguing for tax cuts taxes are postponed until inflation and the budget deficit are better controlled. The first approach has been criticized as irresponsible and likely to worsen the inflationary outlook; the latter approach has been criticized as being insensitive to the acute economic pressures facing households and small businesses.

Yet the framing of this debate is outdated. Neither immediate nor delayed tax cuts will meet the urgent challenge of economic stabilisation, which will require pragmatism and flexibility. Unless the ship is stabilized first, arguments about how best to stimulate economic growth remain moot.

Like many other major advanced economies, UK output (see Figures 1 and 2) has fluctuated wildly over the past two years: plunging, recovering, plunging again, recovering again and wobbling again. The consensus of professional forecasters for GDP growth in 2023 has been revised down to 0.5%, with some expecting a recession (Figure 3). This contrasts sharply with the forecasts used in the Spring Statement of 2022, published in March, anticipating a robust recovery, extending until 2026. The hasty recovery in public finances presented in this document is no longer credible. The case for a more gradual withdrawal of Covid-era support measures is overwhelming.

Sunak’s reluctance to compromise on rapidly reducing the budget deficit – a staggering £310bn (14.5% of GDP) in 2020-21 – is understandable. Tremendous progress was made last year, reducing the deficit to just 6% of GDP, but the planned reductions to 3.9% this year and 1.9% next year are far too restrictive in the context a sluggish economy and a bloated bill for inflation-linked debt interest payments. The cumulative budget deficit in 2022-23 (Figure 4) is higher than expected, month after month, despite the useful underestimation of public sector investments.

In his 2022 But lecture, Sunak highlighted the tough tax and spending decisions made by Margaret Thatcher and her Chancellor Sir Geoffrey Howe during the 1980-82 recession, which laid the foundation for many years of prosperity and reduction of tax burdens. His willingness to consider another interval in which tax cut ambitions are pushed back further is commendable. However, a stubborn determination to maintain a political orientation, conceived when Russia’s invasion of Ukraine had only just begun, could be the loss of his leadership bid.

While Mrs. Truss’s instincts for a more flexible approach to public finance are politically savvy, if not popular, the wording of her tax cut proposals is unsound. By appealing to a long-abandoned hypothesis of self-financing tax cuts as a path to faster economic growth, it has tied itself to the wrong mast. If the economy were in calmer waters, with clearer skies, there would be a case for selective tax cuts. Furthermore, while reversing the NIC increase and removing the proposed corporate tax rate hike would help soften the blow, they are unlikely to alleviate cost-of-living pressures in lower slices of the income distribution or growth move the needle in the face of great economic uncertainty.

Real household disposable income could fall by 3-4% over the next 12 months as many households are tempted to run out of meager savings or take on costly debt. This comes at a time when a pissed-off Bank of England is trying to salvage credibility by increasing pressure on interest rates, with the first 0.5% hike in 27 years announced this week. The form of tax relief best suited to weather the coming storm is targeted cash payments to welfare recipients rather than tax cuts. Unless the government recognizes the deeply regressive nature of the real income squeeze, then it will face prolonged labor market stress and further economic disruption. First, stabilize the ship, before trying to embark on a new route. 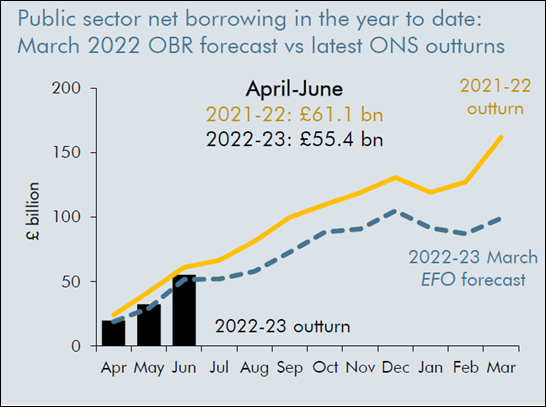 
A message from the article

We’re the only publication committed to covering all angles. We have an important contribution to make, needed more than ever, and we need your help to continue publishing throughout the pandemic. So please donate.

US President Joe Biden speaks at an event on ending cancer at the White House on February 2, 2022. … [+] Biden relaunched his Moonshot initiative to accelerate progress on cancer treatments and prevention and detection capabilities, bringing back a signature program he led in his final year as vice president. Photographer: Youri Gripas/Abaca/Bloomberg © […]

Under the chairmanship of the Director of Agriculture, a virtual meeting was held for the distribution of policy bonds under the PMFBY in Dakbanglow Khanabal, here. The slogan of the meeting was “simple mery haath policy” in which insurance policies under PMFBY were handed over to farmers. Briefing the President, the District Agriculture Officer said […]