Bangladesh needs a comprehensive urbanization policy as well as the formulation of a dedicated institution to deal with the challenges of urbanization amid climate change, experts said Thursday.

The impacts induced by global warming would create tensions on several fronts for the country in the days to come – enhancing the flow of people migrating to major cities from coastal regions. Thus, it would increase the demand for jobs, housing, transport and other necessary services, they added.

An appropriate urbanization policy would help address the challenges by ensuring a fair distribution of economic and social opportunities, they said.

The suggestions came from a technical workshop – “Making Urbanization Happen in Bangladesh” – organized jointly by the Bangladesh Institute of Development Studies (BIDS) and the World Bank (WB).

In a presentation, Dr Forhad Shilpi, Principal Economist in the Sustainability and Infrastructure Team of the Development Research Group – the WB, said that the urbanization that has taken place over the past decades has remained un structured and mainly concentrated in Dhaka and Chattogram.

But the latest evidence has shown that the urbanization process has slowly spread to other parts of the country.

“But there are two major concerns – how can the country deliver it more productively and manage the effect related to the climate challenge.”

She noted that climate change would force many people in coastal regions to migrate to urban areas, which would lead to traffic congestion and increase demand for housing and connectivity.

“To meet these challenges, an appropriate urbanization policy as well as effective urban institutions are needed,” she added.

In the context of urbanization, climate change poses two major challenges: migration from vulnerable regions in the south of the country to northern regions, and adaptation. 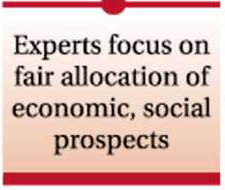 “We need to think about the urbanization pattern in northern cities. Many people will not migrate and stay there. So we need to pay more attention to adaptation.”

The rural economy would be affected unless urbanization in small towns or cities outside big cities is done in a planned way, Sen added.

“There is no officially accepted policy yet. If the government follows a proper urbanization policy, there will be a more equitable distribution of economic and social opportunities,” he said.

He suggested that policy makers should properly address relevant challenges and plan urbanization with equitable distribution of resources.

Economist Mohiuddin Alamgir focused on empowering local government bodies that would be able to provide needed services and create a pleasant environment.

He also emphasized good land use governance to ensure appropriate use of existing land in a planned manner.

New Delhi: In an exclusive interaction with SUMMEREnergyWorld, Deepesh Nanda, CEO of GE Gas Power South Asia, talks with us about recent developments in green hydrogen, his company’s plans for it, how to scale up production in India and more. Edited excerpts: What do you think of the green hydrogen policy announced recently? The announcement […]

The Biden administration is continuing its puzzling approach to climate policy without too high a price tag. Need solar panels? Make sure the tariffs increase the price. Do you want to build a renewable electricity production? Be sure to employ the most expensive labor possible. Interested in shifting buyers to electric vehicles? Impose enough restrictions […]

Will I pay less tax if my father’s life insurance policy is paid into my trust?