The Alumni Spotlight series includes interviews with Earth Institute alumni about their career paths, how they became interested in Earth Institute programs, and any advice that might be helpful to current and future students.

Jake Higdon graduate of Columbia University MPA in Environmental Science and Policy (MPA-ESP) in 2019. Now he works to drive federal action on climate change. But he didn’t always know he wanted to major in environmental policy.

Jake Higdon graduated from Columbia University’s MPA in Environmental Science and Policy program in 2019. Today, he is an Energy Innovation Impact Fellow at the Federation of American Scientists.

Jake began his undergraduate studies at UNC-Chapel Hill focusing on urban planning. After his freshman year, he participated in a summer program abroad in Germany with a joint concentration in Urban and Environmental Studies. Throughout the program, Jake visited wind and solar farms and explored everywhere from urban centers to mountain peaks with ease using the public transportation system. Jake found the experience shocking at first, especially after growing up in Jacksonville, Florida, where he always felt dependent on cars. “My experience while studying abroad in Germany felt so disconnected from where most countries were on environmental issues at that time,” he said.

Jake also studied abroad in South Africa. There, working with communities struggling for the very basics of waste management and environmental security, he realized that a big gap had to be closed to achieve a sustainable and equitable future. Closing that gap, he believed, will require big, system-wide change — the kind of change that can only be accomplished with government intervention. He began to feel that he could do all he could to have a positive impact through politics.

He ended up getting his undergraduate degree in international studies with a minor in sustainability and a focus on the relationship between health and the environment, particularly in Africa. In his senior year, he interned at the White House Office of Energy and Climate Change to “try to play a small role in advancing federal climate policy.” However, Jake felt he needed to develop more specialist skills before pursuing higher education. To do this, he worked as a data analyst for a few years at a company called Red Ventures, which leverages e-commerce for digital marketing. As an analyst, Jake has conducted market research and worked with different consumer brands to help them manage their digital platforms, data infrastructure or customer analytics. It was a great learning experience and today he continues to use the analysis techniques he learned through his work. Jake knew that being comfortable with quantitative analysis and being able to think about politics quantitatively would help him succeed in graduate school.

After a few years of honing his quantitative analytical skills, Jake was ready to begin graduate school and launch his career in federal climate policy. He chose to pursue a Master of Environmental Science and Policy (MPA-ESP) program at Columbia University for many reasons. One of the things that most attracted him to the MPA-ESP program were the workshops. He appreciated that gaining real-world experience and connections was built into the curriculum, rather than something he would have to find separately through internships. He also liked that the program was accelerated, so it seemed to him more effective as a career springboard because you earn a lot in a very short time. Plus, Jake thought Columbia was a really exciting place as a graduate student. As a student, he participated in the International Business Journal and other programs that exposed him to interesting people and also allowed him to hear fascinating speakers outside of the classroom.

In the MPA-ESP program, Jake had the ability to do research at Center on Global Energy Policy, which had a huge impact on his career. In particular, Jake has found it very valuable to have had the opportunity to work with and learn from the incredible academics at the center, who work on topics ranging from decarbonization to supporting workers during the energy transition. 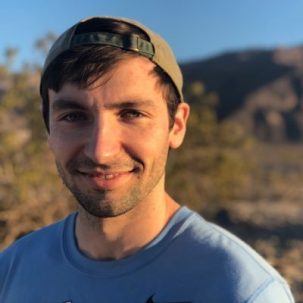 Another MPA-ESP program experience that Jake found particularly valuable was spending spring break doing independent study in Puerto Rico. Working closely with a faculty member, he and several classmates designed a study to see how Puerto Rico navigated the energy transition in the aftermath of Hurricane Maria. During this independent study, he met solar developers in the field and attended a conference in San Juan focused on energy transition.

Shortly after graduating from the MPA-ESP program, Jake was hired by the Environmental Defense Fund (EDF), a global non-profit environmental organization. EDF is known for leveraging a blend of science and policy analysis to address environmental issues – particularly climate change – by working with governments, individuals and the private sector. He started as an analyst, then was promoted within his team to head of US climate policy. In this role, Jake was responsible for leading analysis, research, and advocacy to inform climate policy that will put the United States on a path to a net zero economy by 2050 in a way that benefits people. American workers and communities. Jake has spent his time managing a portfolio of analytics on various topics. Her work included engagement with stakeholders – such as unions and community organizations – and direct engagement with policy makers.

Some of Jake’s favorite projects working for the Environmental Defense Fund were a equity-focused project for workers and communities in the energy transition, as well as Climate Innovation Master Plan, which informed policy makers on how to mobilize funds for innovations aimed at tackling climate change. One of Jake’s favorite parts about this job was that he was actually able to see his team’s recommendations in bills, including the reconciliation and bipartisan infrastructure bills.

Jake worked at EDF for three years, focusing on federal climate policy. Toward the end of those three years, he began to believe more firmly that “revitalizing American industry is essential for both economic growth and climate action. We can no longer view industrial development and environmental protection as incompatible,” he said. So when he was offered a job as Energy Innovation Impact Fellow at Federation of American Scientists, he was excited about “the opportunity to work on a policy issue that can bring tangible, everyday benefits to people while equipping us to fight climate change.” Specifically, Jake’s current work is part of the Day one project, which develops innovative science and technology policy ideas and tries to translate them into action. For this project, Jake focuses on researching and developing policy tools to promote clean energy manufacturing in the United States and strengthen domestic supply chains.

“I aim to support the work of the Biden-Harris administration to strengthen the essential clean energy supply chains – from solar panels to batteries and beyond – that will dominate our decarbonized future,” Jake said. “The policies I focus on will increase the American manufacturing base for emerging energy technologies, leading to good jobs, energy security, and climate action.”

Jake credits the MPA-ESP program with helping prepare him for this position, in which he works to bridge the gap between science and political action. The MPA-ESP program has allowed Jake to develop and strengthen many of the tools he uses daily in his work, including the ability to synthesize scientific ideas, write policy proposals and memoranda, and translate political language. Jake also says that the program “enhanced my technical understanding of the clean energy industry, which is obviously a critical part of working on clean energy manufacturing in the United States.”

For current and prospective MPA-ESP students interested in following a similar path, Jake advises them to remember that windows of opportunity open up in surprising ways and often at unexpected times. He suggests doing work you believe in, staying patient, and being ready to seize the opportunity when it comes.

If you would like to know more about the MPA-ESP program, please contact Deputy Director Pearl Gray ([email protected]) for any questions or to schedule a campus tour.

The vast majority of Washington State’s population lives in urban centers. In reality, 80.7 percent of Washingtonians live in suburban or urban areas. So why the last minute filing of HB 2136a bill to create the Washington State Rural Commission, do you feel so insincere? Maybe now is the time. Perhaps it is the creation […]

Will law enforcement unions use their power to change homeless policy?

Over the past week, two local elected officials in Los Angeles have made public statements about the homelessness crisis plaguing the area. They represent two completely different perspectives on how to resolve the crisis. The first comes in the form of a letter of thanks of outgoing Los Angeles City Council member Mike Bonin sent […]

This year marks the tenth anniversary of the State Fiscal Officers Foundation (SFOF), a 501(c)(3) established to promote fiscally responsible public policy and help states uphold the principles of democracy. . The SFOF partners with state fiscal officers and key private and public sector stakeholders to push back against policies that undermine economic freedom and […]