Insisting on the need for a pilot prototype, NHEV proposed the deployment of prototype charging stations. 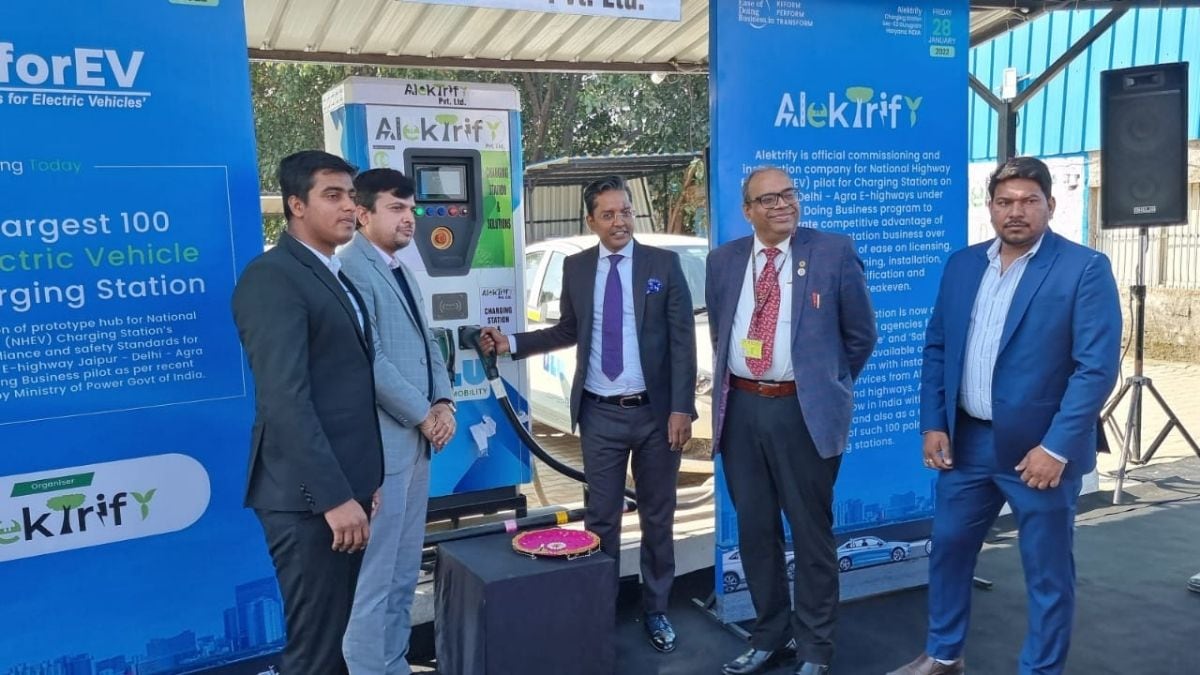 In a meeting organized by the working group of the technology steering agency “Ease of Doing Business”, met Sudhendu J Sinha (advisor for infrastructure, connectivity – transport and electric mobility) of NITI Aayog , to discuss the details of the recently announced “Battery Swapping”. ‘ to the Union Budget 2022. Stressing the need for a pilot prototype, NHEV proposed the deployment of prototype charging stations, like the one recently opened in Gurugram, with 100 chargers, in different parts of the Delhi region -NCR, with exchangeable battery EV Technology.

Abhijeet Sinha, National Program Manager, Ease of Doing Business Program and National Highway Electric Vehicle Project Manager, said, “The battery swap units will be deployed at an existing charging station and three prototypes at coming with two to Noida and two more to Gurugram where initially it would be used by electric vehicles to unload large trucks and send all light and heavy goods and parcels within the city via an EV charger and a small electric tempo using interchangeable batteries. This will drastically reduce the number of large diesel vehicles entering the city and adding smoke to its air.

NHEV recently opened India’s largest charging station at Gurugram, with 75 AC + 25 DC chargers lined up to open by March 2022. It was also discussed here, that the 30 NHEV charging stations on the Jaipur-Delhi-Agra electric highway will have 20 electric two-wheeled and 20 three-wheeled vehicles with exchange units, open for use with mobile app subscription like Yulu. Moreover, tourists can use these two-wheelers to cruise the streets of Matura, Vrindavan, Agra and Jaipur, and return these bikes on the way back.

It was also noted at the meeting that the exchange facility must comply with the existing standards made available by the Bureau of Indian Standards (BIS) and must be open for technical inspection for various “certification compliance” and “safety standards” led by the Department of Energy. or any other regulatory body. This will contribute ground realities, technical constraints, and economic viabilities into the policy as a use case and scale to any new regulations introduced into the policy. At the next meeting scheduled for February 25, 2022, the NHEV working group will discuss the details of the standards and the role it will play in the “battery swap policy” from the perspective of the national highway driver for electric vehicles.

By Bryan Koenig (June 8, 2022, 9:36 p.m. EDT) — The Biden administration on Wednesday elected to abandon a Trump-era policy that generally promoted the right of holders of standards-essential patents to pursue injunctions blocking the use of their technology if the patents are infringed, while abandoning a proposed alternative that would have essentially discouraged […]

As health policy activity slows, all eyes are on the Biden administration – InsuranceNewsNet

The U.S. health policy landscape has evolved as the country enters another year of the COVID-19 pandemic and the Biden administration advances new priorities. Health policy has focused on expanding and improving coverage as well as promoting health equity. A panel of policy experts gave their thoughts on the policy changes we’ve seen so far, […]

Royal Caribbean to change its testing policy on shorter cruises

In the second quarter earnings report released July 28Royal Caribbean Group CEO Jason Liberty said the company plans to remove testing requirements for vaccinated customers by August 8 for all of its cruise brands on shorter sailings. The company may be considering removing vaccinations as a requirement for cruising as well, moving to the point […]