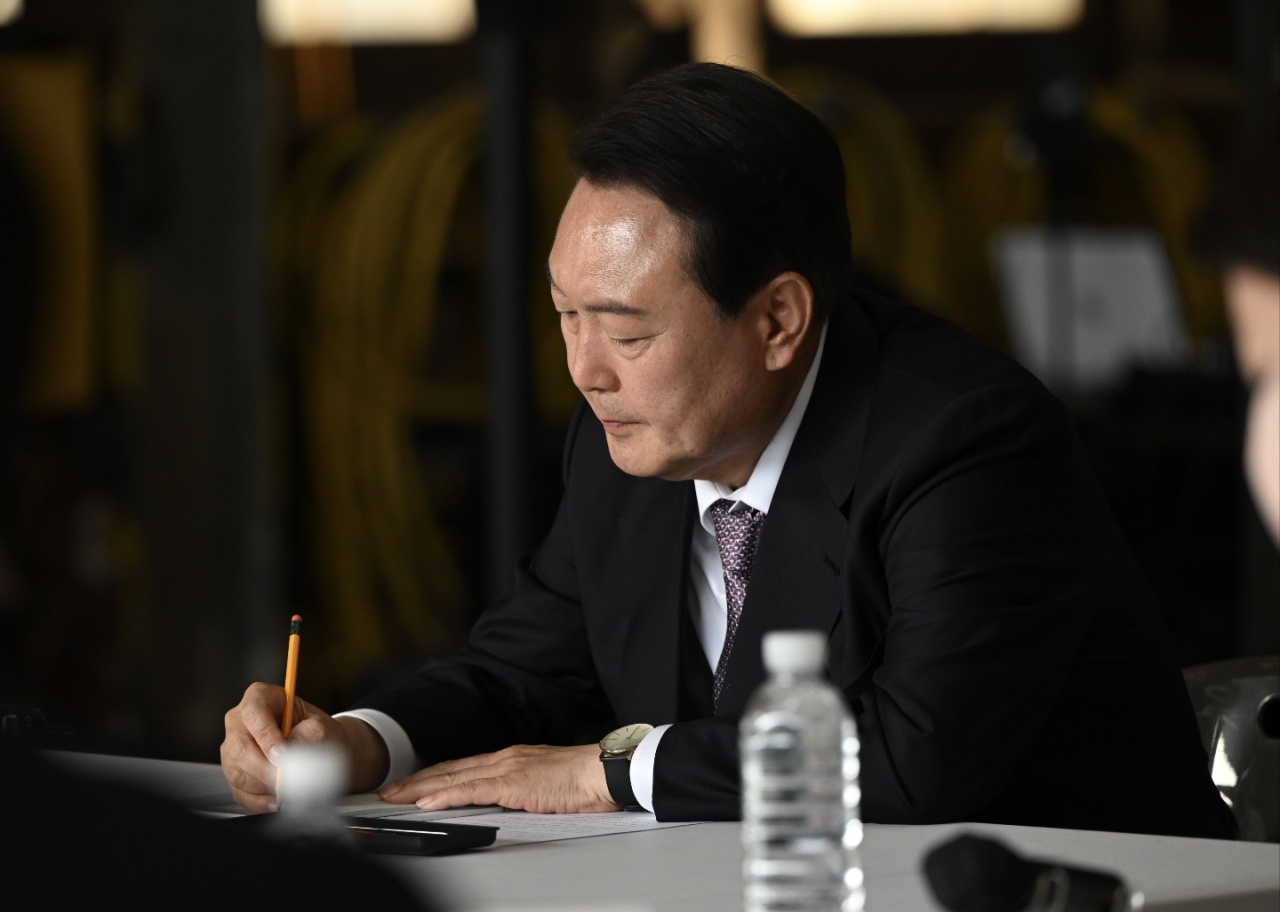 The new government to be led by President-elect Yoon Suk-yeol is at a crossroads on how its political support to support the domestic chip industry will take shape, as the global chip arms race and the State-led support is intensifying.

On Thursday, deputy spokesperson for the transitional presidential committee, Kim Gi-heung, told reporters that the committee had been briefed on a proposal to establish a state-run research center, tentatively named the Research Institute. on nano-semiconductors.

Kim, however, said the committee’s feasibility review of the research center has yet to begin.

The new research center, proposed by the academic community in January, is intended to forge a centralized semiconductor research base for cutting-edge nanoelectronics technology, as relevant research infrastructure across Korea is widely dispersed.

The entity, which could be a Korean equivalent of Belgium-based IMEC, will operate a facility with a 12-inch wafer fabrication test rig, extreme ultraviolet lithography equipment and at least 300 researchers, according to Lee Byoung. -hun, professor of electrical engineering at Pohang University of Science and Technology in January. Lee also called for a leading nanochip research center.

But Kim’s remark on Thursday indicates that the plan, which could involve a budget of 10 trillion won ($8 billion), appears to be lower on the committee’s priority list.

The news comes amid a series of pledges by Yoon to support the chip industry, as the world recognizes the commodity as a national strategic asset that can tackle the chip shortage plaguing industries around the world. entire.

Earlier this week, Yoon’s transition committee pledged to refurbish chip fabs for academic purposes and to be run by a number of institutions, including the Daejeon-based National NanoFab Center and the Korea Advanced Nano Fab Center based in Suwon.

Additionally, Yoon’s appointment of Lee Jong-ho, a professor of electrical and computer engineering at Seoul National University, as science minister indicates that semiconductor chips are likely to be one of the major programs in the new conservative cabinet.

Korea is home to memory chip powerhouses such as Samsung Electronics and SK hynix, and the world’s second-largest semiconductor foundry is also run by Samsung.

The country, however, has suffered from chronic talent shortages and external uncertainties in recent years, including the COVID-19 pandemic, the trade war between the United States and China, as well as the Russian invasion of China. Ukraine and a lockdown in Shanghai in the past. some months.

In February, the Korean Semiconductor Industry Association, a lobby group, showed that Korean companies are on track to invest 56.7 trillion won in 2022, up 10% from 2021 spending, to address the shortcomings of the chip industry.

Korea also passed its own version of the chip law, which took effect in July, to provide tax relief for plant investment and a tax credit for research and development. But hard figures on total projected state spending were not disclosed in the law, as has been done in similar laws created to support chip industries in the United States, China and Europe.

The so-called CHIPS for America Act, which awaits House of Representatives approval, would cost $52 billion to help US chipmakers grow in five years, in response to China’s $1.4 trillion funding package from 2020 to 2025. Europe is also seeking to leverage 43 billion euros ($46.9 billion) in political investment with its own chip law through 2030.

In 2021, Korea proposed a plan to invest a total of 510 trillion won by 2030 to secure a supply chain, but this decision is not legally binding.

Meanwhile, the global semiconductor chip shortage is expected to show signs of easing in the second half of 2022 as supply-demand gaps have begun to narrow, according to a Counterpoint Research report on Wednesday. .

“Last year, tighter supply coincided with rebounding consumer and business demand, causing many headaches throughout the supply chain. But over the past few months, this what we’ve seen is a slowdown in demand that has intersected nicely with higher inventory,” noted Dale Gai, director of the semiconductor and components practice at Counterpoint Research.

On the other hand, Korean semiconductor companies seem to be lagging behind in the race for chip technologies, while their competitors seek to take advantage of the chip industry’s recovery.

For example, according to Do Hyun-woo, an analyst at NH Investment & Securities.

The tech giant’s chip yield under the most advanced 3-nanometer and 4-nanometer processing for its contract chip manufacturing business is also expected to remain low, due to the higher level of difficulty of the new process compared to to competitors like TSMC, the analyst says.

“Samsung has been slow to advance its memory chip processing technology, and the performance of its foundry business has remained weak,” Do wrote in a note Thursday. “This will benefit the entire global memory chip industry and benefit competitors in the foundry industry.”

Opinion: Will electric cars ever come out of critical care policy?

Breadcrumb Links PF Comment The electric mobility paradigm must be recognized for what it was: a technical and fiscal flop Publication date : June 14, 2022 • 12 minutes ago • 4 minute read • Join the conversation A charging socket in a Porsche Taycan electric vehicle at the Porsche SE showroom in Berlin, Germany. […]